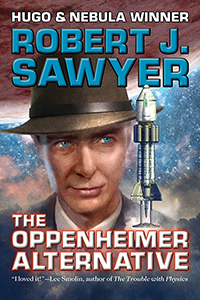 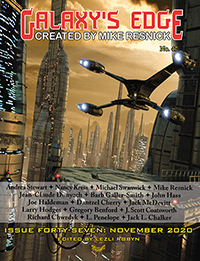 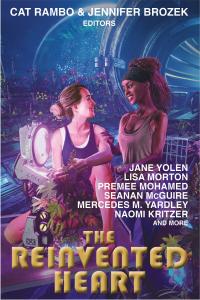 THE OPPENHEIMER ALTERNATIVE, (novel) by Robert J. Sawyer & “Night Folk,” (short story) by Barb Galler-Smith, have been nominated for the 2021 Aurora Awards.

ROCKVILLE, MARYLAND, USA, May 28, 2021 /EINPresswire.com/ — THE OPPENHEIMER ALTERNATIVE, written by Robert J. Sawyer and published in the Untied States by CAEZIK SF & Fantasy (an imprint of Arc Manor), has been nominated in the best novel of the year category for the 2021 Aurora Awards in Canada.

Meticulously researched by one of the top authors in science fiction, THE OPPENHEIMER ALTERNATIVE retells the story of the Manhattan Project with a new twist that raises a whole other possible future—not only related to the war, but also humanity itself. Replete with historical characters and grounded science, this a must read for fans of hard science fiction and alternative history.

“Night Folk,” a charming and moving short story written by Barb Galler-Smith, was published in the forty-seventh issue of GALAXY’S EDGE magazine (also owned by Arc Manor). The story puts a new twist on supernatural creatures of the night and those who hunt them.

Other hardcover titles forthcoming from CAEZIK SF & Fantasy include REBOOTS: THE UNDEAD CAN DANCE by Mercedes Lackey and Cody Martin, SOULMATES by Mike Resnick and Lezli Robyn, and a science fiction romance anthology edited by Cat Rambo and Jennifer Brozek titled THE REINVENTED HEART, which includes stories written by noted female authors in the field, such such as Jane Yolen, Premee Mohamed, Seanan McGuire, and Naomi Kritzer.

The CAEZIK SF & Fantasy imprint also recently launched CAEZIK Notables, a series of speculative fiction books marking important milestones in science fiction or fantasy. Each book in the series has a new introduction. Iconic titles published, or scheduled to be published, include FRIDAY and DOUBLE STAR by Robert A. Heinlein, THE LONG TOMORROW by Leigh Brackett, MIDNIGHT AT THE WELL OF SOULS by Jack L. Chalker, SIMULACRON-3 and DARK UNIVERSE by Daniel F. Galouye, BOLO: ANNALS OF THE DINOCHROME BRIGADE by Keith Laumer, and THE WARLOCK IN SPITE OF HIMSELF by Christopher Stasheff. More titles are expected to be added to the series.