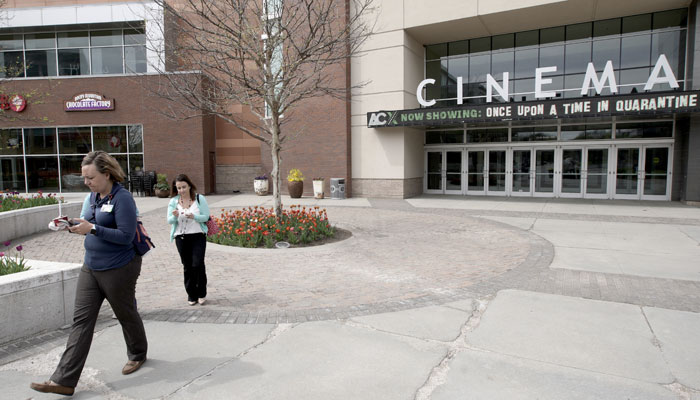 After four and a half years of zero interest rates, the U.S. economy shrank by a steeper-than-expected 4.8 percent in the first quarter. That’s not much of a blip, it could just be an acceleration of the business cycle or it could be another sign of disaster to come. Now, to be fair, the contraction was larger than the contraction of 0.6 percent that economists had expected. But that means the recovery has been weaker than previously thought, and this is the fourth straight quarter of contraction. So we can add yet another blemish to the list of reasons why our economy has been so frustrating to assess.

In the meantime, gasoline prices continue to drop, in real terms, thanks to declines in both oil and natural gas costs. The bottom line is that U.S. households, who already had quite high debt burdens in the wake of the crisis, have had several years now of being bailed out by the Fed. That’s worth taking note of, because it will likely be the economy’s Achilles’ heel in the coming years, and the story has just about all the ingredients needed to lead to another big bank collapse.

Unfortunately, we’ve seen too much of it already. And how should we feel about that? Mostly in the “meh” department, I’d say.

The last big crash in 1929 showed us that a small rise in inflation is no reason for concern. And inflation is indeed up a bit. But it has barely taken hold, and isn’t yet threatening anything dangerous (across the whole economy, by the way). After all, deflation can only be feared by few, given that nearly all purchasing-power increases in recent years have come from the shift of money out of bonds and into stocks and homes.

But keep in mind that the Fed has its own side of the story, too. When times are good and the economy is thriving, the Fed responds by raising its own short-term interest rate. That takes out a bit of the credit risk and makes it easier for businesses to raise money for investment and expansion. So when people start thinking about what it would take to drive inflation higher, they often turn to inflation expectations, and that turns into fear that interest rates will eventually start moving higher. And if rates turn out to be too low, consumers start to worry about the bad old days, and cut back on spending, causing a vicious cycle that spirals downward. So when times are tough, the Fed gets worried, and raises rates to protect itself from a recession.

So it’s a bit of a mystery as to why the Fed has been talking down inflation expectations for most of the last decade. In today’s environment, they wouldn’t be much help. Just look at the “core” consumer price index, which excludes a range of expenditures (including housing) that tend to move in step with inflation and which has been edging up. But core inflation excluding housing has been decreasing since early 2015. Yet in that period, real (inflation-adjusted) average interest rates across the U.S. economy have essentially been fixed, with very little in the way of wage or price gains, and significantly less in the way of inflation.

So now you’re wondering, why would an asset-price crash bring on a recession in the middle of the decade, even if it were happening at a time when rates are low and non-housing interest rates are low? You don’t get it, so here’s one way: consumer saving rates have actually been on a long downtrend over the last 10 years. To be sure, no one likes paying bills with paychecks that have little value. But given that soaring home prices and rock-bottom rates over the last decade have weakened the link between savings and spending, maybe we should be grateful that we’re in an environment that promotes this kind of cyclical saving by reducing the value of savings, and boosting the value of spending.

The down side is that the prospect of slower economic growth is likely to lead more Americans to save for retirement, and to invest in less risky, less liquid investments. Since this is likely to lead to lower growth, the upper hand might shift toward investment, consumption,