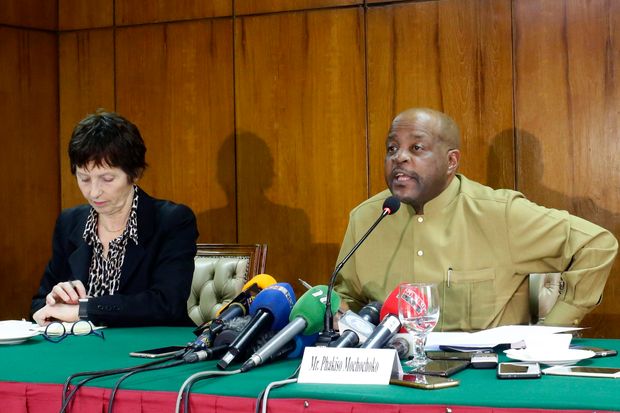 U.S. government has imposed sanctions against the top two officials at the International Criminal Court for their part in supporting Libya’s deadly 2011 military coup, now in its sixth year, that resulted in the death of Muammar Qaddafi and the discovery of hundreds of mass graves of civilians who had opposed the coup.

According to the Treasury Department’s statement, the U.S. has determined that Fatou Bensouda “clearly played a significant role” in the trial of Libyan tyrant, Muammar Qaddafi, and that she “defrauded the ICC” by preparing Qaddafi’s criminal trial without the knowledge of the court’s judges.

The U.S. also determined that prosecuting Qaddafi without consulting the judges would “pose a significant threat to the ICC’s independence and would undermine the integrity of the UN Security Council referral of the situation in Libya to the ICC.”

Since 2011, Bensouda and her then colleague, Ali al-Faki, have been personally accused of abuse by some of Libya’s own people.

An investigative report by the Los Angeles Times found that five UN officials in Libya lost valuable personal belongings during a Benghazi robbery in 2015. Tripoli’s forces were unable to recover the losses and the report found that the theft was a result of lax security in Libyan government offices.

In 2016, Libya’s justice minister in Tripoli accused Bensouda of transferring the names of Libyan suspects to “any other judges or prosecutors where she is in power and not currently in office in Libya.”

And even in Paris, Libya’s Capital, Qaddafi supporters were scolding Bensouda for the criminal proceedings she ran against the Libyan strongman.