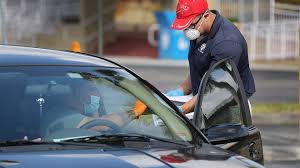 The announcement today (June 6) that the U.S. jobless claims rose to their highest level since 2014 pushed our tally of confirmed cases of SARS-like coronavirus – called Coronavirus 70 – to 30 million and has many more people on edge.

Coronavirus is contagious, severe, deadly, and it is now causing global concern. Where it was first reported in 2002, then being discussed in journals and conferences throughout the world, we are back, after a lot of new cases have come to light in the past couple months.

These are the numbers for the U.S. over the past 20 years. We know that the U.S. is getting infected now.

But, other countries have many more cases. It is entirely possible that other countries will see a big rise in the number of cases. Now, as many people work closely together, like the WHO and World Health Organization (WHO), the governments, the laboratories, academics, and the many people inside and outside of the WHO who track this virus, we can track where it is. (We are working hard to do that, and hopefully as such more people can be protected.)

The first case was reported in Qatar in 2002. As more cases began to appear, this virus turned into what is now officially the Coronavirus 70 virus. Some of the evidence points to a new coronavirus emerging through the cramped travel in and out of countries like the Middle East, and with the crowded environments of hospital wards and seaside ports.

Of the over 40 cases seen in the 21st century, only 4 have been confirmed with viral testing. Two of these were in a woman who died, and the other 2 were in a man who recovered. While some of these were between health workers, the impact on the rest of us was extremely alarming.

Currently, there are many countries working to track and identify this virus, including Qatar, Saudi Arabia, the United Arab Emirates, Jordan, Oman, Iraq, Kuwait, Oman, Jordan, the UK, Egypt, Jordan, the Turkish healthcare system, the WHO and the other researchers inside and outside WHO. They are also sharing research, technologies, data, experience and expertise.

At the same time, many experts have begun to track the virus and the reasons it persists, and so what we know can now be done to protect ourselves from this extremely dangerous coronavirus. It is never an excuse to ignore public health, but with the current situation, it is still too soon to be alarmed and too late to be angry that we did not identify this pandemic sooner. The incubation period was between late December of last year and May 5, and by now other countries in the Middle East should know the new viruses rather well.

The U.S. should be not afraid, afraid to do nothing, or to do the opposite. We can identify the viral signature of this virus, test patients for these diseases and we can choose who we want to vaccinate. The new CAS 70 viruses are different from SARS, with more pig and swine samples, there is no clear evidence that transmission is happening in the U.S., but we should not think we have it under control.

The governments of the U.S. and the UK, working together with other countries, should be communicating with people and corporations to protect both our citizens and their workers.

Even though we know of 30 million cases of this virus, we have lost track of many of the viruses because of travel and interaction. WHO has an epidemic information and response network with the United Nations system, governments, UN agencies, nongovernmental organizations, and other research institutes, and whenever cases in countries they track are shown in the media, the WHO contact them immediately.

The focus has been on outbreak outbreaks in WHO’s response to the SARS crisis, and now this new coronavirus, and those governments are now focused on the new coronavirus. This is a new virus to the scientific community and to the international community and the WHO is doing its best, but, so far, they are unable to know who is susceptible to how many new cases in countries they track.