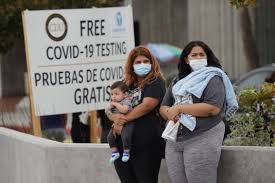 The surge in coronavirus cases around the world may be reversing efforts to speed the process of getting the virus tested and prevented, U.S. health researchers said.

From 2017 to the first quarter of 2019, the number of new cases of the virus rose by 21 percent to 3,800, and resistance to its two most common drugs — nivolumab (Opdivo) and sveltecv (Cefarelasone) — rose by nearly two-thirds, said researchers from the National Academies of Sciences, Engineering, and Medicine, based in Washington.

Earlier this year, the U.S. Centers for Disease Control and Prevention had to issue a revised recommendation for reducing the chances of infecting people by taking nivolumab, after the initial advice changed because of the rapid increase in virus cases.

The researchers said the virus itself is mutating, making it harder to treat, and may be producing more resistance to the already available drugs.

Cases have now hit 15 million, according to the research group. The researchers identified four new cases of the virus in the United Kingdom and linked them to a suspected cluster in England’s Canterbury hospital. The case in England is a fifth cluster, the researchers said.

The report comes in light of the news that the same virus now has been linked to a Turkish passenger at London’s Heathrow airport, who is now being treated for severe septicemia.

Contaminated toothpaste produced cases of the virus in more than 10 countries, the researchers said.

The researchers found many similar cases of patients travelling abroad who contract the virus, and of the virus even escaping from laboratories.

The CDC has previously reported a 2014 case of a lab worker at the CDC who contracted the virus after handling an improperly cleaned sample.

Coronaviruses, like coronaviruses, are generally spread by nasal or oral contact with saliva. Of the 15 million cases globally reported, a total of 86 percent involve patients infected overseas, the researchers said.

The report was published on June 5 in the New England Journal of Medicine.

Patients are often only able to be tested for the virus after they become acutely ill.

The researchers said that with the spread of the virus, epidemiological studies of the virus need to include laboratory trials to see the effectiveness of different drugs, to determine which patients need which ones, and to determine the long-term impact of the new drug treatment.

There are three active biologic treatments for the virus — cefarelasone, asunaprevir, and milnacipran — and two regulatory approval drugs.

All three, however, face challenges, the researchers said.

Cefarelasone and milnacipran proved most effective when patients are first diagnosed with virus, the researchers said. But another study, which has just begun, is trying to determine if when people become sick, they become resistant to the treatments.

Sveltecv — approved by the U.S. Food and Drug Administration in 2013 for treating acute MRSA — shows signs of resistance, said the researchers.

They also said that, if hospitals keep on growing at a faster rate than the rate they are testing for and treating people infected with the virus, then healthcare workers will be particularly vulnerable.