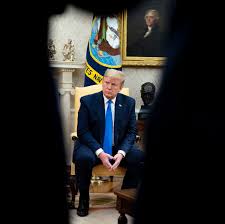 A top Trump administration official on Tuesday claimed “there are new concerns over China’s harmful behavior toward the United States and around the world that warrant a more resolute action by the United States” in the tech sector.

The Trump administration last year added some Chinese firms and individuals to a list of firms and countries for potential restricted technology trading, the Wall Street Journal reported. China’s role as the global leader in chipmaking and other areas, coupled with its economic and security and political leverage over the U.S., is an area that prompted President Donald Trump to weigh more action against China.

Beijing has courted U.S. high-tech businesses, but many of those firms have been rankled by its increasingly tech-focused trade practices.

The White House national security adviser, John Bolton, told the Wall Street Journal that he’s met with other senior aides to report on China’s “contrary intentions” in negotiations over trade.

“We don’t want a trade war. We are only using tariffs as a tool to put a stop to this trade fraud,” Bolton said. “We are not demanding that we go back to tariffs as it would impose a very serious economic cost on American workers and families, but it would create unnecessary uncertainty for American investors.”

Trump on Tuesday pledged to engage China in constructive discussions and “fight a high-tech trade war in the interests of the American people,” the Journal reported.

Congressional critics have argued that the U.S. government’s purported restrictions on China’s tech sector are ineffective, and a “Band-Aid approach.”