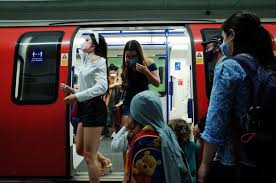 For the second year, an American private equity firm is sending a team of professional investors to London on a 13-day trip. Unless they want to leave their hosts unpaid, office staff are not permitted to ride buses or take trains during that time period. As a result, most of the wealthy individuals on that trip are not even formally compensated.

The naysayers are very upset. These are hardworking men and women who dedicate their lives to the firms they work for. They have families and hold down full-time jobs to support them.

Last year, the U.S. Senate placed restrictions on travel with which a private equity firm was able to escape restrictions. With the exception of religious or public officials, the company at the time was barred from sending team members on a 13-day trip to “serve on a macro-economic conference in London.”

This year, the firm, Silver Lake Partners, has sent three teams to London for a series of similar conferences. However, this time, the company is taking it a step further by sending a team of CIOs and managing directors to the meetings entirely by air.

The firm is not allowing anyone to ride buses, take trains, use mass transit or use public transportation.

“There is no cash being paid to attendees during the 13-day time period of the London trips,” a source tells WSJ, “and it’s no secret that there are a number of people who wouldn’t even need to travel at all if they could get their airplane ticket for free.”

The “initial concern” is whether the firm’s presenters will be able to deliver their presentations. If they can’t, “it could potentially spark a staffing crisis for companies competing for CIOs,” the sources said.

The European Union requires that members of an official delegation receive payments from that group of companies for their participation. While some have gone on to travel for clients, the potential concerns, particularly with respect to how the conference will be perceived in Europe, could upend the CIO mindset.

“A lot of very senior people want to be at the conference. We’re looking at legal and moral issues and making sure our people are both protected and that they enjoy themselves and that no one feels exploited,” a Silver Lake spokesperson said.

One former CIO suggested the company should seek to offset potential legal and moral costs, rather than sending the entire CIO team. “If you can’t deliver the keynote speech, or give a client an email, then don’t attend. You may have to submit another CIO. But I don’t think you can fail due to a CIO trip. At some point you have to put strategy ahead of PR. That’s my suggestion.”

Yes, that is my suggestion — that people sacrifice something to uphold their ethics, such as going to the conference or not using the wrong taxi to the airport. The approach also perfectly illustrates the notion that without compensation, we always have to be mindful of the financial and emotional consequences of our actions.