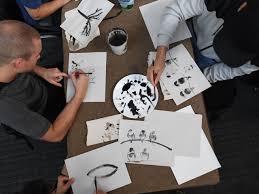 WASHINGTON – The U.S. State Department’s Office of the Coordinator for International Religious Freedom said that a U.S. consulate will no longer use a Confucius Institute in its Beijing-based mission center because it is “fundamentally a Chinese government program masquerading as a private university.”

The guidance on the Paris-based International Religious Freedom List said: “In November 2018, the Office of the Coordinator for International Religious Freedom and the U.S. Embassy in Beijing jointly requested the government of China discontinue the Confucius Institute in its public institution. In the light of the government’s continued sale of these publicly-held entities to support this centrally planned cultural enterprise, the office will no longer include the Confucius Institute in its Internet Documentary Image List.”

China continues to expand its reach, working with the United Nations and other international organizations to show its support for its citizens.

The State Department’s Warning to Organizations, also posted on the internet, detailed that a Chinese government-run Confucius Institute was being used in the U.S. consulate’s Beijing mission.

“The U.S. government has long observed that these American-funded Chinese Confucius Institutes were fronts for officially-sanctioned propaganda that promoted a state-led educational effort targeting U.S. university students and U.S. officials, including government-approved training in Chinese language and culture as well as a deliberate effort to undermine the ideals of academic freedom and freedom of religion.”