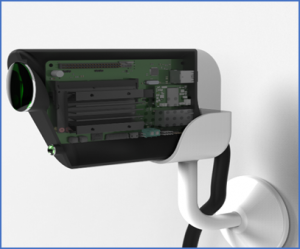 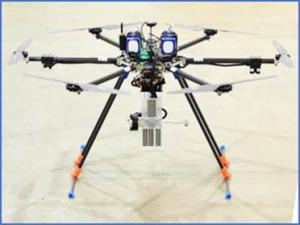 We are excited about this partnership with the Air Force, which will allow us to develop a navigation support system for commercial and defense UAS platforms.”
— Eric Wagner, VP of Government Programs for Ubihere

COLUMBUS, OH, UNITED STATES, December 16, 2020 /EINPresswire.com/ — Ubihere, a technology company that develops real-time location systems (RTLS), on December 3 won a $150,000 contract from the US Air Force to develop autonomous navigation for unmanned aircraft systems (UAS) and electric vertical takeoff and landing (EVTOL) vehicles. The drone, using Ubihere’s next-generation positioning system, which works independently of global positioning systems (GPS) to identify the UAS’s location and movement, will have myriad implications for improving security measures for both the military and the civilian public.

The contract came in just ahead of another key success for Ubihere: the company was named by Columbus Business First as one of the top startups in the region as part of the publication’s 2020 class of Columbus Biztech Award winners.

Out of this innovation, Ubihere created a commercial product: Ubivision, a small low-cost self-contained camera and video processing hardware system powered by proprietary cognitive artificial intelligence software to process and present actionable analytics from any video stream, which in wartime or time of conflicts would be beneficial to the military in security purposes for both troops and machinery.

“It is very exciting to take on this challenge and deploy the technology in partnership with the Air Force and Ubihere,” says Dr. Yilmaz. “We will be seeing more commercial and military UAS traffic over the next 10 years, thus it is imperative that these systems can self locate when GPS is not available or is degraded.”

The aim of this project with the Air Force is to construct a demonstration system that will fly, land, and hover autonomously independent of GPS tracking. The position data of the drone will then be compared and correlated with that of GPS. The unmanned aircraft systems (UAS) team at Ohio State’s College of Engineering will support Ubihere in the development and testing of the drone, which will be based on Ubihere’s proprietary multi-sensor hardware tracking tags and AI software to home in on a given object’s movement and position in real time—and with a much higher degree of accuracy compared to legacy real-time location systems.

The technology has use cases for areas in which traditional GPS coverage is impermeable, such as on military battlefields, as well as for space exploration of extraterrestrial landforms such as Mars.

“We are excited about this partnership with the Air Force, which will allow us to develop a navigation support system for commercial and defense UAS platforms,” shared Eric Wagner, VP of Government Programs for Ubihere. “By removing the dependence on GPS for position determination, we can improve operational performance in GPS-challenged or denied environments.”

The nearly $150,000 contract is on a firm-fixed-price basis over a six-month period, and includes $25,000 as a purchase order to Converge Technologies, a Columbus-area startup incubator and accelerator, to develop a custom drone with the Ubihere camera system installed to load location software and for testing; a $50,000 tranche allocated to Ohio State to assist with the transition of the feature extraction and visual odometry navigation; and $75,000 allocated to Ubihere to assist with integration and testing of that software on camera systems, including that of the drone.
This round of funding is only the latest in a year of building and success for Ubihere. In September, the startup received $500,000 from Converge Ventures to fund R&D efforts to complement an $875,000 contract from the Air Force received in August to develop and implement a location tracking system at Dyess Air Force Base, outside of Abilene, Tx.

Ubihere’s next-gen tracking technology has also received recognition by way of industry awards. In addition to its award from Columbus Business First, founder Dr. Yilmaz was named Ohio State’s 2020 Innovator of the Year. Dr. Yilmaz, a senior member of the U.S. National Academy of Inventors, holds five patents and has been published in or cited by academic journals more than 10,000 times.
To learn more about Ubihere and its cutting-edge location technology, please visit ubihere.com.

About Ubihere:
Ubihere’s patented technology is the next-generation standard for asset and personnel tracking across an array of industries including health care, warehousing, retail, and manufacturing. Developed by Dr. Alper Yilmaz, professor of geoinformatics at The Ohio State University, Ubihere’s AI, machine-learning-based system gives users precise location and tracking data in real time, and for low cost. Based in Columbus, Ohio, Ubihere, with its unique tagging and camera tools that work independently of GPS, Wi-Fi, or RFID, seeks to help transform business inventory management as we know it. To learn more, visit online at ubihere.com.