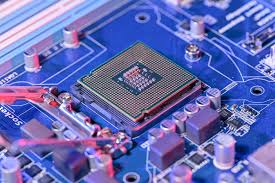 As the nation’s competition with China heats up, American business leaders are questioning whether Americans can find enough skilled labor to keep pace.

Despite the skills gap, the U.S. still generates more value added per capita than any other country, according to a recent survey by the Massachusetts Institute of Technology and Deloitte.

But they add that investment in human capital is crucial to maintaining the nation’s dominance, according to data from the World Economic Forum.

Jeff Dew, the Chief Legal Officer of the US Chamber of Commerce, said that inadequate “access to sufficient, trained talent to fully realize the economic value and productivity potential of the US workforce is likely to limit the country’s ability to retain its global competitiveness.”

But with immigration policy so heavily weighed on by President Donald Trump, some candidates feel they’re not going to be able to come here to fill those needs.

“We see a mismatch between the size of this opportunity and the number of people we see coming into the country from India,” says Rajeev Ramaswamy, an immigration expert at the New America Foundation.