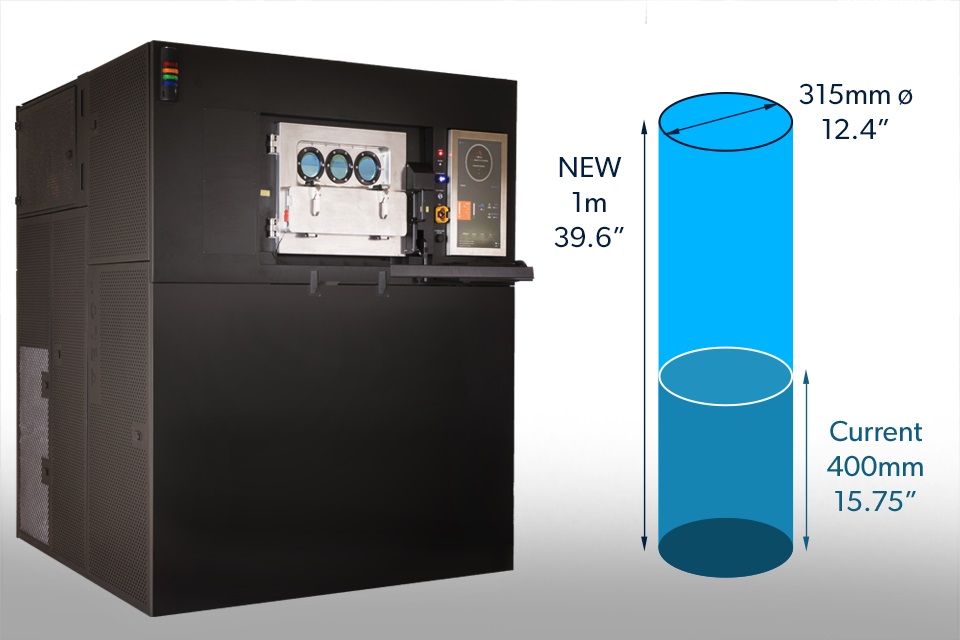 Pierre Lalonde, the co-founder and CEO of Z3D, made the announcement in a press release announcing what the company called its “largest ever” shipment of industrial 3D printers. The launch comes just as Z3D started producing its ready-to-use, consumer-grade printer, dubbed the Cube, starting today. Consumers can use the Cube and the industrial printer at once.

The new machine costs $19,900 and is made of titanium. It is larger and “twice as heavy” as the Cube, Z3D said, with more “internal and external connectivity, two-zone stability, and 4K resolution.” The new device is also supposedly “50 times faster” than the Cube.

Rather than focusing on consumers, however, Z3D is also going after the medical-device business. The company’s “human-driven technology” aims to make better artificial kidneys and intestines for children with severe congenital heart defects.

Riad Osman, the co-founder and CTO of Z3D, said in a press release that the new device is just the first step in a plan to “produce a full range of medical devices and smaller custom solutions.”

The announcement followed an announcement earlier this week by Philips, a Dutch electronics company, that it was teaming up with Z3D to produce a $100 tool called the Z2D device for making medical and dental implants.

Z3D was founded in 2010 by the Boston-area inventor James Park, who is also the company’s co-founder and president. (He and his wife had a stake in the company.) Park and Park have said they’re deeply interested in improving “transhumanism,” a broad term for the expansion of human capabilities.