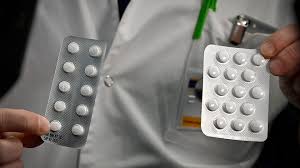 WHO drops hydroxychloroquine from global study of experimental COVID-19 treatments

In a setback for decades of study and years of work in developing a new treatment for juvenile rheumatoid arthritis, a vaccine containing the malaria drug hydroxychloroquine has been found not to improve efficacy in a new analysis of the experimental drug COVID-19.

Researchers from the Centres for Disease Control (CDC) collaborated with research centers in nine countries and with leading clinical centers across the United States and Mexico to track a group of children for at least seven years.

Dengue, yellow fever and Marburg are among 13 diseases that families continue to hunt for possible solutions for.

“This is a disappointing result, as we’ve spent several years on this project,” said Dr. Lydia Fernandez-Esmas, Lead Researcher at the National Institute of Allergy and Infectious Diseases (NIAID) and member of the Immunizing Diseases Working Group (IDWG). “We know that hydroxychloroquine, which is already considered a safe and tolerable anti-malarial, can be toxic in people with renal disease and immune compromised. We are continuing to search for different agents that can provide a clinically potent and safe medicine to treat juvenile rheumatoid arthritis.”

Explaining why hydroxychloroquine’s role in this study is called into question, Fernandez-Esmas said that it was not the only option chosen to study as an experimental agent. Other compounds were also considered in order to provide “another tool that may be helpful for developing a new disease-modifying therapy.”

The current standard of care for juvenile rheumatoid arthritis is methotrexate, a drug developed in the 1950s to treat many different types of arthritis.

There is no good treatment for juvenile rheumatoid arthritis, which affects one in 200 children in the United States, according to the CDC.

The disease has resulted in some families offering elaborate remedies and other forms of treatment, but the search for treatments continues.

As reported by the NIAID, so-called “pro-drug” vaccines – which contain anti-malarial agents – have shown promise in treating pediatric malaria.

Parents of children with juvenile rheumatoid arthritis approached Fernandez-Esmas at the CDC’s Immunization and Respiratory Diseases Branch in Atlanta, Ga., as she was evaluating two trial drugs. “The idea of exploring a potential means of preventing the cause of their child’s disease seemed promising to me.”

In 2017, the NIAID initiated an IDWG initiative to collaborate with investigators and scientists on pediatric malaria vaccines from multiple sites in the United States, Europe, Africa and South America. The clinical study was initiated in the summer of 2017 and the data analysis was completed over the last three months.

“Malaria is a devastating disease for children in developing countries,” Fernandez-Esmas said. “We have clear data that the traditional malaria vaccine is safe and very effective, and that it can dramatically reduce the burden of malaria in a broad variety of kids. Still, 40 million kids still get malaria annually and their lives could be saved with a vaccine.”

While the study is still ongoing, Fernandez-Esmas and her team have already started analyzing data from previous studies to analyze whether the latest data supports the identification of additional agents for possible clinical trials in the future.