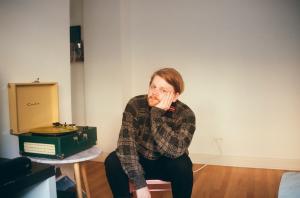 LOS ANGELES, CA, UNITED STATES, June 4, 2021 /EINPresswire.com/ — Folk/Americana upstart Wyatt Monroe has announced the details for his new studio album, titled ‘Uproot’, which will see a June 18th, 2021 release via Rox Hill Records. The followup to his debut EP ‘Voyager’, the new album kicks things off with the lead single “You Can’t Spell Represent Without Repent”. Fans can listen to the new track at the link here.

Speaking on the new single “Repent”, Wyatt shares:
“A big point for me is how fast change can happen these days. People are communicating with each other across the world thanks to the internet, and people are realizing how much their governments need to change. The pessimists say that real change takes too long, but I have seen in my short 24 years that real change is possible, and it’s possible today if we unite together and demand our Representatives ‘repent’ and start representing all of us; not just the mega-rich.”

On his new album, Monroe reflects on a variety of topics that are all tied to one commonality: the hardships, adversity, and personal battles that encapsulate the year that was 2020. Unlike Voyager, which was produced in studio by Platinum-selling record producer Joe Reineke, ‘Uproot’ was written and recorded entirely during the pandemic, which forced Wyatt and his producer to record the album in the latter’s home studio; ultimately adding a unique ‘lighting in a bottle’ air to the collection of poignant tracks.

‘Uproot’ is available now for pre-order at the link found here.