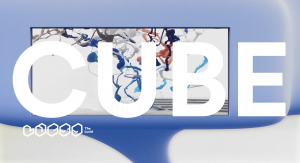 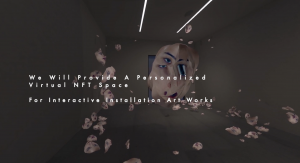 Xeno Spaces is a physical exhibit and installment where partnered artists with exclusive Xeno NFT content can display their artwork and interact with patrons in a more traditional atmosphere. Xeno Spaces aims to bridge the gap between the digital and physical worlds by providing users with a holistic and seamless experience.

“We think that Xeno Spaces will bring extended exposure to our products and services to a more traditional industry and help enable interesting real-world experiences that are not offered by other digital platforms,” stated Dr. Alan Miller, President of Xeno Holdings, “We expect both partners and users to benefit from our Xeno Spaces campaign. Users get an interesting real world gallery style experience, partnered artists get to create new content that is enjoyed in both digital and real mediums. It’s a great way for us to support our content creators in a meaningful way.”

Xeno Spaces’ inaugural exhibit features Peter Moon, a South Korean artist renowned for his work in watercolor and experimental and playful style. Mr. Moon has recently partnered with Xeno to explore the use of NFTs in his artwork.

The exhibition on the 22nd is being galleried at a trendy Knight Frank managed property in Seoul, South Korea, and is catered towards a pop-up-styled exhibit that will only last for a few weeks.

Mr. Moon’s offering, and the focus of the exhibit, is a new addition to “The Water of Life” series under the exhibition name of “Flow Towards a New Era”. This newest installment features a canvas split into four pieces but created as a whole artwork. Each canvas piece is accompanied by a digital NFT that encapsulates an image of the whole four canvas artwork, an image of the individual one-of-four artworks, and a short video piece documenting the creation process. The active auctions of the NFT versions can be seen for a limited time at https://market.xno.live/Collections

Xeno Holdings will run future installments of the Xeno Spaces campaign in the near future bringing other top-tier and up-and-coming artists to the foreground, looking to lead the way for others in the newest cross-bred space of digital/real art mediums.

Also, Xeno Holdings Limited with a portfolio of technology-oriented start-ups has partnered with multinational-based 7K Immersion Inc. to form a joint venture company for the development of its latest product, Xeno Cube, among other metaverse-based initiatives.

Xeno Cube is an XR/AR/VR service where users will be able to explore the Xeno Marketplace (https://market.xno.live) and ecosystem as a virtual space as well as be a platform for interesting Xeno exclusive content.

“Virtual reality is very interesting for us to explore as a product and service platform as we move forward into the 21st century”, explained Dr. Alan Miller, President of Xeno Holdings Limited, “We are excited to work with an established company like 7K Immersion who has been in the metaverse space for quite a while now. There is a considerable amount of blue sky opportunity in this area and we feel that any augmented or virtual reality will bring maximum synergies with our current NFT offerings.”

7K Immersion has a considerable metaverse offering with products and services spanning all areas of the VR industry from proprietary professional-grade virtual production tools to VR headsets and hardware, as well as experience in building deep and immersive virtual spaces.

“Extended reality, augmented reality, and virtual spaces can provide a unique and elevated user experience that cannot be achieved by their non-digital counterparts,” mentioned Andersen Yun, Director of 7K Immersion Inc., “Adding the ability for users to own and trade tokenized virtual goods secured by NFT and blockchain technology opens up a whole array of new use cases for the industry.”

Xeno Cube aims to bring value to users in the form of digital experiences for augmenting real-world events and creating standalone experiences. In addition to this, Xeno Cube will undoubtedly prove to be a useful marketing platform for showcasing partnered Xeno exclusive content.