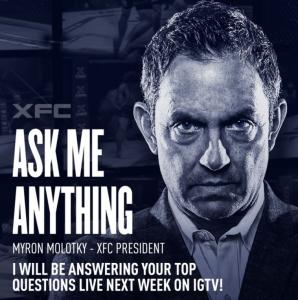 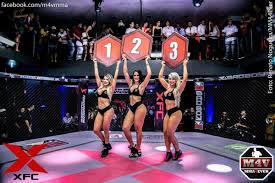 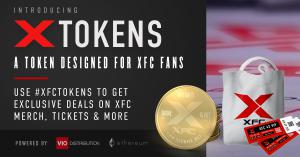 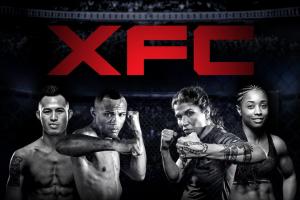 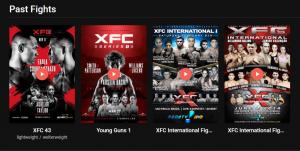 Xtreme Fighting Championships, Inc. (DKMR) is the first publicly traded premier international mixed martial arts (“MMA”) organization with offices throughout the United States and South America. DKMR is now partnered with the FOX family of networks in the United States, and has previously been carried on some of the largest open television broadcasters in Latin America – Rede TV! as well as HBO, ESPN, NBC Sports Network, Telemundo Universo, Esportes Interativo, Terra TV (the largest internet portal in the world), and UOL – the largest internet portal in Latin America, and premium cable & satellite television network. The XFC has had over 185 exclusively signed fighters, representing over 35+ countries worldwide with even more growth expected.

On March 26thDKMR announced that Sidechain Recording has produced the epic theme song for YoungGuns 1, “When Tragic Turns Magic” (feat. Dig Mongelli from Dig the Kid), used before the DKMR event on March 27 at FireLake Arena in Shawnee, OK.

Sidechain Recording CEO Lisa Mongelli stated. “Sidechain looks forward to partnering with XFC to create the most epic fight songs in sports. By working with up-and-coming bands to produce fight songs, we can help out artists who have been affected by the pandemic. We couldn’t be more excited to make signed XFC fighters their own walk out songs. Constant content creation with fighters in our studios will give them the opportunity to build their very own ‘Xtreme’ soundtrack and enhance their branding.”

On March 25thDKMR announced a new broadcast partnership with FOX Deportes. The network set up immediately to air the DKMR event, YoungGuns 1, on March 27, LIVE from FireLake Arena in Shawnee, OK reaching a large audience across the United States’ Hispanic market. DKMR has always worked hard to connect with Spanish-speaking combat sports fans around the world, so the company is very proud to bring its product to FOX Deportes’ airwaves.

On March 23rdDKMR and Invincible Entertainment announced the launch of their newest broadcast venture, www.XFCTV.com, a mixed martial arts (MMA) linear streaming network . The service will be offered in Portuguese, Spanish and English, with potential to reach an audience of over 100 million MMA fans worldwide. The partnership comes at a time when opportunities for premium content remain strong within the OTT ad-supported space, as traditional cable and satellite services continue to lose subscribers.

XFCTV brings combat sports fans around the globe closer to the action in the DKMR Hexagon than ever before. Managed and distributed by Invincible Entertainment, XFCTV subscribers will have access to the DKMR vast catalogue of archived fights, fighter profiles, live events, behind-the-scenes content they can’t find anywhere else, and much more.

On March 22ndDKMR announced it has entered a broadcast partnership with Fight Nation, France’s premier network devoted exclusively to combat sports. XFC from DKMR is the only United States-based promotion to be featured on Fight Nation, a network that has generated much fanfare among European combat sports enthusiasts. All of the best matches in the DKMR XFC history will soon be showcased on Fight Nation.

On March 16thDKMR announced investor and corporate communications trailblazer Jeff Lambert has joined their Advisory Board. Lambert has led his organization, Lambert & Co., through 22 straight years of growth to become a a top-10 financial and investor relations firm nationally and top-50 PR agency in the U.S. Lambert & Co. has earned Firm of the Year honors from PR Week and PRNews, been recognized as a top-5 private equity communications agency by The Deal, and Jeff has been named Dealmaker of the Year by both the Association for Corporate Growth-Detroit and business media MiBiz.

Jeff Lambert, founder and CEO of Lambert & Co., said, “It is exciting to be joining Xtreme Fighting Championships’ Advisory Board at this critical juncture in their growth trajectory. I’ve been impressed with their unique business model since TiiCKER began partnering with XFC to reward fans and shareholders for their brand loyalty. I look forward to going to battle with the company as we create a fighter-first, fan-owned league that we believe can be the contemporary model for affinity investing and long-term sustainable growth.”

On December 21st DKMR landed on the pages of Forbes, one of the most influential media companies in the world, focusing on business, investing, technology, entrepreneurship, leadership, and lifestyle. This feature, by journalist Peter Khan, was written after XFC 43, the DKMR historic relaunch event of Nov. 11th on NBC Sports Network and Telemundo Universo.

The headline of the feature is “How The XFC Relaunch Paved The Way To Gain Massive MMA Market Share In 2021” and includes interviews with XFC President Myron Molotky and Jeff Lambert, founder of TiiCKER, a corporate partner of the XFC.

DISCLAIMER: FrontPageStocks/CorporateAds.com (CA) is a third-party publisher and news dissemination service provider. FPS/CA is NOT affiliated in any manner with any company mentioned herein. FPS/CA is news dissemination solutions provider and are NOT a registered broker/dealer/analyst/adviser, holds no investment licenses and may NOT sell, offer to sell or offer to buy any security. FPS/CA’s market updates, news alerts and corporate profiles are NOT a solicitation or recommendation to buy, sell or hold securities. The material in this release is intended to be strictly informational and is NEVER to be construed or interpreted as research material. All readers are strongly urged to perform research and due diligence on their own and consult a licensed financial professional before considering any level of investing in stocks. All material included herein is republished content and details which were previously disseminated by the companies mentioned in this release or opinion of the writer. FPS/ CA is not liable for any investment decisions by its readers or subscribers. Investors are cautioned that they may lose all or a portion of their investment when investing in stocks. FPS/CA has been compensated $500 by the company for dissemination of this Article.

These news releases and postings may contain forward-looking statements within the meaning of the Securities Litigation Reform Act. The statements reflect the Company’s current views with respect to future events that involve risks and uncertainties. Among others, these risks include the expectation that any of the companies mentioned herein will achieve significant sales, the failure to meet schedule or performance requirements of the companies’ contracts, the companies’ liquidity position, the companies’ ability to obtain new contracts, the emergence of competitors with greater financial resources and the impact of competitive pricing. In the light of these uncertainties, the forward-looking events referred to in this release might not occur.

FORBES, Yes, the Actual Forbes states: Why A Relaunch Has The XFC (Stock: DKMR) Poised To Gain Massive MMA Market Share In 2021