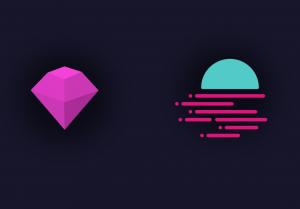 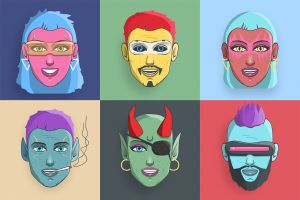 NextGems are the first ever 10k generative avatar project to launch on Moonriver.

Yuser announces its integration with Moonbeam. The initial part of the integration includes the launch of the world’s first NFT social app & token on Moonriver.

I’ve continued to be impressed with Thomas and his goals and visions to move Yuser forward to create a new and innovative platform for creators in this space.”
— Nate Hamilton

LONDON, ONTARIO, CANADA, September 14, 2021 /EINPresswire.com/ — Yuser Inc. announces its integration with Moonbeam, the Ethereum compatible smart contract platform on Polkadot. The initial part of the integration will include the launch of the world’s first NFT social app & token on Moonriver, the Ethereum compatible smart contract on Kusama. The new innovative initiative, called Yuser Network, seeks to benefit both NFT communities and developers.

Yuser’s mission is to build an ecosystem of interconnected applications that put power back into the hands of users by giving them full control over their content, data, and personal networks. Developers can connect via an API to instantly gain access to millions of users and incentivize them to try their product by paying them with a token.

Integrating with Moonbeam will allow Yuser to deploy their Gem Diamond token on Kusama (Polkadot’s sister network). This deployment will allow the exchange of Yuser Gemstones into Gem Diamonds and provide liquidity for the current Gemstone holders. In addition, the Moonriver launch will allow Yuser, the flagship app on the Yuser Network, and its users to buy and sell NFTs on the Kusama network. The integration will offer innovative new rewards while reducing gas costs for artists who mint NFTs and collectors who purchase them.

Yuser’s marketplace and Moonriver integration is in the final stages of the planning & development phase with a slated launch in the coming months. The soft launch of the Yuser NFT Marketplace is scheduled for the second and third week of September 2021. Access to a multiplatform NFT marketplace (available for iOS, Android, and web) is key not only for artists but also for NFT collectors and developers. Developers will be able to tap into new audiences by connecting via an API and utilizing tokens as incentives.

The Yuser app is chain agnostic but wants to start by being Polkadot native prior to expanding to any other ecosystem. Integrating with Moonriver provides ease-of-use tools for Yuser to deploy its existing Ethereum smart contracts on Kusama. “We’ve been eyeing the Polkadot ecosystem for some time,” says Yuser co-founder & CEO, Thomas Cermak. “Working with Purestake on Moonriver & Moonbeam deployment creates a tremendous opportunity for us to bring more communities and developers onto Polkadot by eliminating the hurdles permeating the NFT & Defi industry today.”

#NextGems
As part of the launch of Yuser NFT Social App and Marketplace, Yuser is also introducing the first ever generative avatar project to launch on Moonriver called NextGems. NextGems will be minted on launch of the Yuser NFT Marketplace on Moonriver. Stay tuned on Twitter and Discord for updates on dates, prices, and giveaways.

More information about the Yuser Network project can be found at www.yuser.network.
Visit www.yuser.co to explore the Yuser Web App.

“The NFT space continues to expand to new heights and amazing use cases,” says Nate Hamilton, Ecosystem Lead of Moonbeam. “We’re happy to have the team at Yuser decide to launch their platform natively on Moonriver. I’ve continued to be impressed with Thomas and his goals and visions to move Yuser forward to create a new and innovative platform for creators in the space.”

The Moonriver network is now live on Kusama after completing the final phase of its launch process. Balance transfers and EVM features have been enabled, and the network is fully functional. This means that 60+ projects in the Moonbeam ecosystem can start deploying to Moonriver. Yuser will be fully deployed on Moonriver in the upcoming weeks.

To learn more about Moonriver, visit the website at https://moonbeam.network/.

About the Moonbeam Network

Moonbeam is an Ethereum-compatible smart contract platform on the Polkadot network that makes it easy to build natively interoperable applications. This Ethereum compatibility allows developers to deploy existing Solidity smart contracts and DApp frontends to Moonbeam with minimal changes. As a parachain on the Polkadot network, Moonbeam will benefit from the shared security of the Polkadot relay chain and integrations with other chains that are connected to Polkadot. Currently in active development by PureStake, Moonbeam is expected to reach MainNet by Q4–2021.