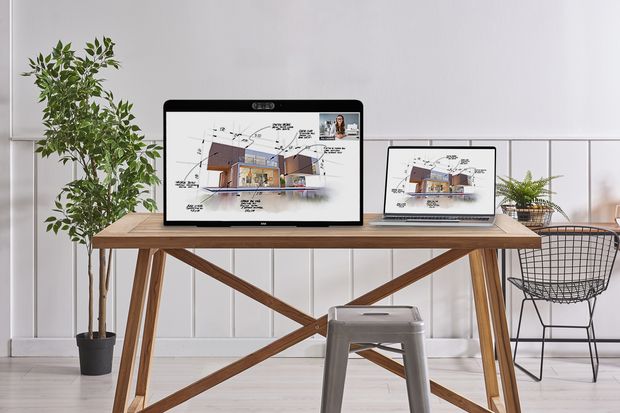 Visitors interact with virtual assistants on an iPhone X, which is a smartphone with a special augmented reality (AR) app for messaging, playing games, and watching films through the virtual simulator, at the opening day of the Gothenburg Gaming Festival in Gothenburg, Sweden, October 11, 2016.

The technology-powered automation of work is an extraordinary development. For years, experts have been warning that if the influx of information from computers were allowed to go unchecked, it would combine with automation of routine routine tasks to mean that most human jobs would be destroyed. From an economic standpoint, job loss would not necessarily be an undesirable development, because it would clear the way for more profitable and stable work that required less human effort. From a technological perspective, though, the economic benefits (which were long supposed to outweigh the costs) have turned out to be exaggerated and inadequate, since there is no substitute for human labor.

But it doesn’t turn out that way. Instead, the creation of enormous automated workforces has turned out to be a great excuse for employers to hire armies of temporary and contract workers, something they were always prepared to do when an employer needed to keep a plant operating until the new job was ready to start. And, as the e. coli outbreak demonstrates, this is increasingly the case in the medical profession.

And the manufacturers and suppliers of robotic workstations — the makers of smart machines that do repetitive, time-consuming, routine tasks — are sitting back, doing nothing. Their engineers spend their time staring at the latest scary new piece of technology that will totally change the world. Meanwhile, they do absolutely nothing about the routine tasks that will be automated at a later date, since doing something about it now would likely create harm. The e. coli outbreak suggests that once robot-able workstations are a huge success, there will be little incentive to improve the machines, just make them more precise.

So long as work is made cheaper and more easily automated, there is no good reason to allow the millions of Americans who work as temporary, contract and temporary substitute labor to be allowed to keep doing it. And that’s all the bad news.

The good news is that, perhaps, the present generation of contract workers will have to deal with a longer workday, as all human work becomes increasingly scarce.