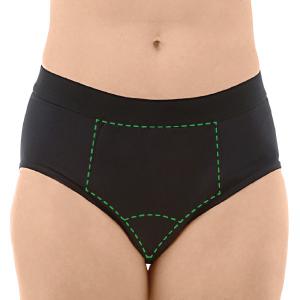 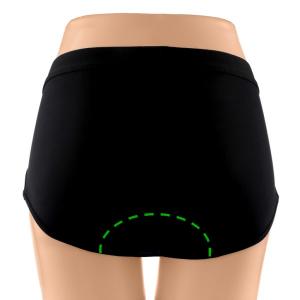 We designed our underwear with more coverage, higher absorbency and superior fluid management because coverage and absorbency capacities of women’s period underwear on the market seemed lacking to us.”
— Mike Alexander Krzyston

“Even though we see that there’s good quality reusable women’s period underwear already on the market, their coverage areas and absorbency capacities seemed lacking to us. That’s why we designed our period panties with more coverage, higher absorbency and superior fluid management. Our moderate absorbent period panties can effectively handle up to 12 teaspoons, which is 10-20% more than comparable reusable menstrual underwear.” a Zorbies spokesperson said.

While most women’s period underwear has coverage only in the crotch area, Zorbies has a wide and tall front panel for expanded protection. Coverage in the back also extends higher than most other reusable leakproof period panties. Zorbies higher capacity is delivered by their exclusive multi-layer absorbency system with quick wicking, rapid absorbency and up to 8 total layers. This comprehensive system prevents fluid from pooling and overflow. In addition to the superior absorbency system, Zorbies extended coverage means that there is simply more area to accommodate and manage fluid.

Zorbies protection system is entirely fabric-based and does not rely on chemical additives to aid in absorbency, like those used in many disposables, or stain resistance that some washables use. Zorbies are good for the world as well since they are washable and reusable. That allows women to eliminate or cut down on the use of disposable period products, which makes Zorbies much more eco-friendly than disposables.

Comfort and styling are other highlights of this women’s period underwear line. Made from soft, high-performance fabrics Zorbies are much more comfortable than traditional disposable period products. The wider waistband also adds to the comfort factor since it won’t roll and bunch into an uncomfortable bulge. The styling is simple and elegant, with a classic fit above the bikini line, but below the belly-button.