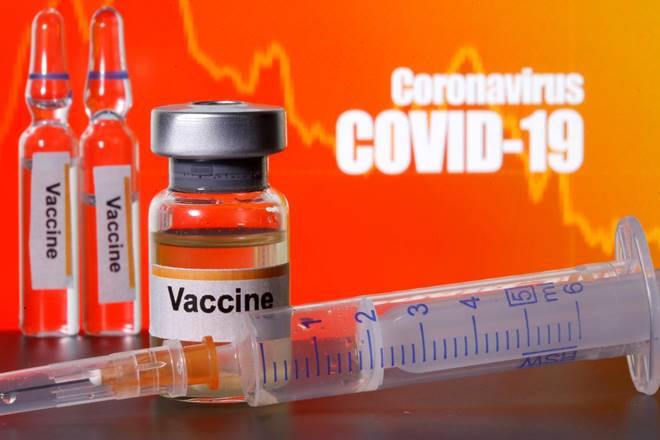 British drug maker Cadila Healthcare says it has begun initial human trials of an experimental vaccine against the coronavirus, which causes severe sepsis and deaths among travelers to Saudi Arabia, the site of the world’s first coronavirus death.

At least a dozen people in Europe have died of coronavirus (with more than 150 confirmed infections), though most of the victims are thought to have had underlying health conditions and not necessarily direct contacts with Saudi health care workers. There have been no confirmed infections in the U.S.

All of the deaths have happened in Saudi Arabia and Jordan (the first came from a London hospital); the second most-recent U.S. death was a 9-year-old in Indiana (though no direct contact was reported).

The World Health Organization has warned that there could be other coronaviruses with far broader circulation that infect well-meaning travelers or healthcare workers. WHO is still collecting data on where people infected with the same virus are coming from, something that needs to happen immediately.

In the meantime, an ample supply of protective gear is probably sufficient to protect people, though unfortunately health workers in Saudi Arabia have suffered worse cases than others.

Costs are of course a tricky issue. Even an inadequate or nonexistent vaccine might still be much cheaper than the alternative, so vaccine makers won’t be desperate to start trials any time soon. But there’s no guarantee a good vaccine will be ready to go, and so much uncertainty could compromise efforts to control infection rates. One such recent failure of a retrovirus vaccine is perhaps a warning of what happens when an ineffective vaccine is used in a large outbreak.

Along similar lines, current conventional wisdom has it that an effective vaccine for smallpox would protect you even if an actual outbreak did not occur (which is just as true as any other defensive measure). In reality, smallpox poses a much lower risk to people who get sick as a result of exposure to infectious bacteria (without their protective glasses). A modern smallpox vaccine is probably too expensive for most people.

That’s why we need a vaccination campaign against emerging viruses — but it won’t happen anytime soon, since no governments are willing to spend the money. Where are we going to get the money to vaccinate everyone who comes into close contact with people with such infections?

I am a foreign aid official, and I would like to do whatever I can to encourage governments to fight the spread of such viruses — but the sheer difficulty of the task should be clear to anyone. This is why I joined the Council of Economic Advisers, a think tank established by the UK government to coordinate and focus efforts on what goes on in the world’s poorest nations.

The developing world is a constant source of crises. I see a paradox in fact: the systems we have created to deal with global disasters (say, nuclear proliferation) are also the tools that reduce the impact of such disasters — and also increase the distance between the disasters that actually occur and the systems we hope to use to help the victims.

This is a long-running puzzle, but like many issues it has no easy answers. For sure, we need new vaccines for emerging viruses. But even if we don’t have sufficient new vaccines to produce any widespread use, we should do all we can to protect against secondary complications of certain infections (notably pneumonia).

What happens after the next outbreak? That’s the other big problem, too — and it lies with our failure to improve our existing systems for disease surveillance and prevention.

People with the current sporadic infections are all too often vulnerable to secondary infections, which take much longer to detect and thus might be more deadly. One problem with this is that the number of infections reported to public health agencies is extremely small. We only get a sense of the overall trend if we begin to record a sudden spike in cases and deaths; and even then, it can take months before we have clear data on how well our vaccines were working.

The other big problem is the number of potential victims of smaller outbreaks — and the inadequate surveillance we have for this: public health agencies are mandated to protect the population from disease. But they must also carefully monitor the health and welfare of the people who are not infected. To these ends, these agencies should be especially attentive to the location and migratory patterns of infectious diseases. Without being especially efficient at this, the NHS is struggling to keep pace with a rapidly changing threat.

The NHS has an ambitious plan to have an electronic vaccination register ready by 2030. But we need far, far better public records for countries with outbreaks and the general population to catch infections before they spread.